There are some different types of conveying equipment which Mingyuan can provide, such as Bucket Elevator, spiral conveyor, belt conveyor

system, and there are two different types for the Conveyor Belt system, one is common belt coneyor, which is usually installed with the inclination

kind of belt conveyor system can be installed with the inclination up to 90 degree, and its conveying capaicty is much bigger, Sidewall Belt Conveyor is to convey the materials with a continuous mode, usually it's used in a productuion plant, such as stone crushing plant, NPK fertilizer production plant, cement manufacturing plant, frac sand oil proppant production plant, and so on, for the Blet Conveyor System there are several different types, such as common Belt Conveyor System, Sidewall Belt Conveyor System, which is also knows as large inclination belt conveyor, and it can also be used for a simple occations, such as truck loading and unloading. the compoenent of a belt conveyor system includes frame, roller drum, iddler roller, and motor. it's used in various fields such as coal, mine, chemicals, fertilizer, power plant, cement plant, and so on.

Incline Belt Conveyor is a common conveying device that transport materials from one unit to the following one, the main components include frame, iddler, roller pully, and motor, sometime the motor can be inbuilt the roller pulley. the frame usually adopts Q235, and The Carrying Iddler are 3 roll type and impact Iddler are rubberised. the conveying angle can be from 13-20 Degree, and it can be mounted with wheel which enables its movable ability, namely mobile belt conveyor, or movable belt conveyor, portable belt conveyor, it is widely used for truck loading, port handling, mine industry, chemical industry, coal mining, metallurgical industry, and so on. the conveying capacity is depended on the gravity of the materials, particle size and the installation angle of the belt conveyor. Mingyuan is a manufacturer of the common belt conveyor system and Corrugated Belt Conveyor. 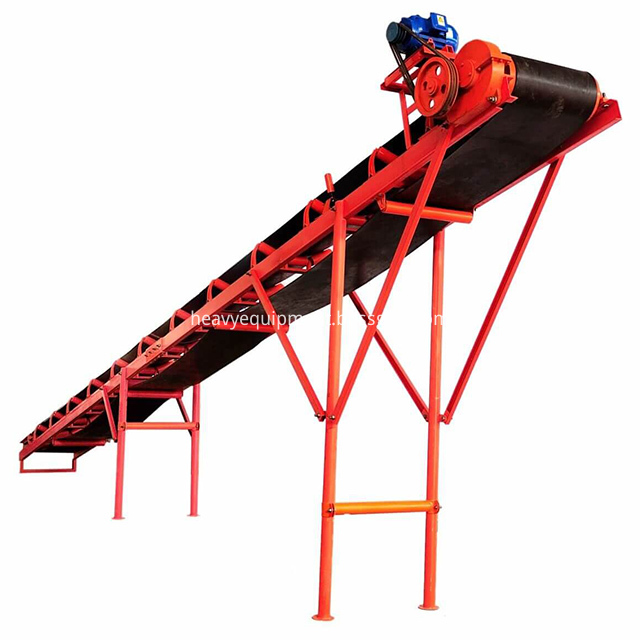 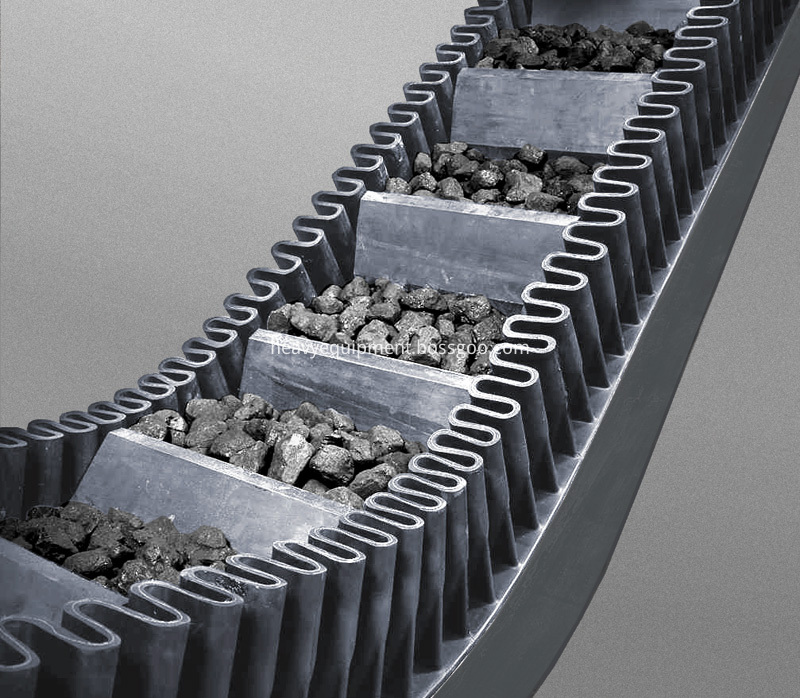 1. Large conveying capacity and longer conveying distance, up to 20km or longer
2. Can conveyor various kinds of bulk material and itemized goods with bulk density of 0.5~2.5t/m³
3. Can adopt combined conveying mode of convex curved segment, concave curved segment or straightline segment.
4. According to different transportation request, it can be single used or multiple combined using, also can be used together with other equipments to organize a horizontal or declining conveying system.
5. It can be used between -25ºC~+60ºC working environment, temperature of conveying material under 80ºC with high adaptability.

As for the conveyor belt, there are seveal different types: Mingyuan can provide rubber, nylon, which is generally used for the automatic production plant.


For some projects, it needs the conveyor belt system to be moved from one location to another, so it can be mounted some wheels for this requirements.

Henan Mingyuan Heavy Industrial Machinery Company Co., LTD.
Henan Mingyuan Heavy Equipment Co., LTD, former name as Zhengzhou Jiangtai Heavy Industrial Machinery Co., LTD, which is a the famous manufacturer of crusher and screen equipment for clients in the following industries: cement industry, crushing and screening industry, beneficiation industry, AAC block industry, and the main equipment mainly include jaw crusher, vertical shaft impact crusher(VSI crusher), impact crusher, cone crusher, vibrating screen, cone crusher, portable crushing plant, sand washing machine, rotary dryer, rotary kiln, Magnetic Separator, ball mill, flotation machine, rotary dryer, rotary kiln, vertical shaft kiln, cement ball mill, dust collector, and some auxiliary equipment, such as belt conveyor, screw conveyor, Bucket Elevator, and so on. We have many technical experts for the above mentioned industries, which can make sure the solution we provide can meet the client`s requirements, and possesses the powerful ability in developing the new products. Demands of clients are deemed as our motility, we endlessly develop the new products with high performance, which could satisfy the demands of clients and reach the world level. We highly regard the quality of products, pursue excelsior on the quality of products, and guarantee to produce the high quality product with strict ISO9001: 2000 quality management systems. We have perfect after-sale service network. After strict training, the after-dale service engineer could offer clients the rapid maintenance service on demand. Moreover, we have our own foundry plant where lots of spare parts of the crushing and screening equipment are manufactured and plenty stored, which could offer clients spare parts conveniently. As the occupation ratio in domestic market increases, our products have been exporting to Russia, Mongolia, Chile, Media Asia, East Asia, Africa etc. Country and region. We insist innovating constantly, keeping improvement of products, enhancing the reliability of products, aspire to be the global brand in the crushing and screening filed, and be deeply aware of our success is based on the success of clients.